Doom is a first-person shooter developed by id Software in 1993. It was a highly influential title in the development of first-person shooters, as well as playing a pioneering role in realtime texture-mapped 3D graphics, networked multiplayer play, and support for a large number of user-made levels and mods. Doom is also notable for its tremendous success outside traditional 'boxes on shelves' retail channels, originally being distributed under the shareware model. 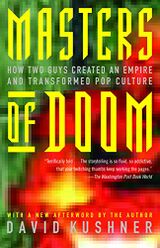 Masters of Doom: How Two Guys Created an Empire and Transformed Pop Culture

Masters of Doom' is the true inside story of John Carmack and John Romero, co-creators of the most innovative and notoriously successful video games in history - Doom and Quake. 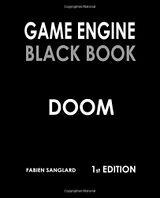 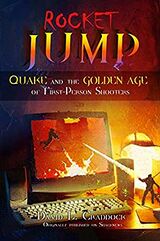 Rocket Jump: Quake and the Golden Age of First-Person Shooters

Based on interviews with the developers, Rocket Jump explores the making of the Quake franchise, the culture that simultaneously shaped and fractured creator id Software, and other developers whose creativity defined an era. Mostly Quake-centric, but some material on Doom.