Deep Scan is an arcade game developed and released by Sega in 1979 and 1980 (in Japan).[1] It heavily resembles Gremlin's Depthcharge (published two years earlier, prior to their acquisition by Sega) but uses a color display instead of a black and white one. The 1983 Atari 2600 conversion was renamed Sub-Scan.

In addition to the standalone cabinet, Deep Scan was also released in various combination cabinets alongside other Sega games from the era. Much later, a port was included with the Sega Saturn conversion of Die Hard Arcade, functioning as the only way to earn extra credits for the main game. 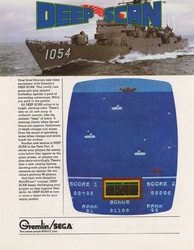 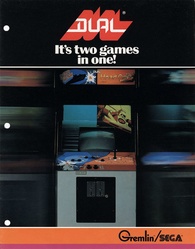 Advertises a dual cabinet with Head On 2 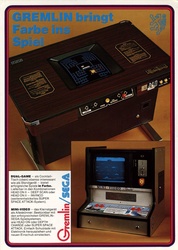 Also advertises Head On and Head On 2 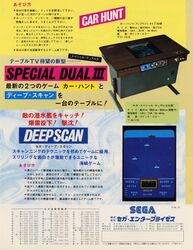 Excerpted from a flyer for other Sega arcade games 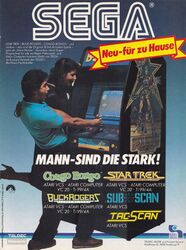 Excerpt from the full book