Klonoa 2: Lunatea's Veil, the sequel to Klonoa: Door to Phantomile, is a 2.5D platform game released for the PlayStation 2 in 2001. 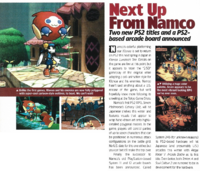 Coverage of the game's announcement 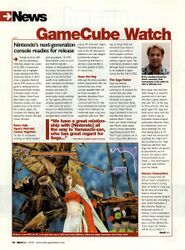 A news article on the GameCube claims Namco would release Klonoa 2 (among other games) on the platform, which ultimately never happened 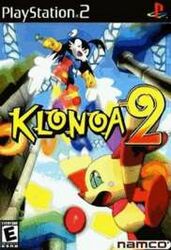 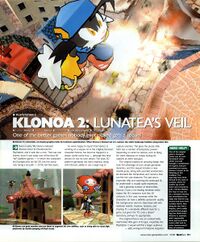 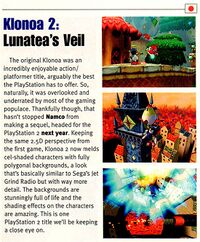 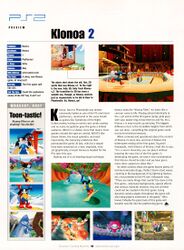 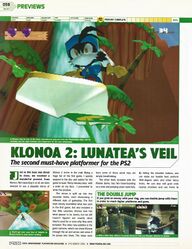 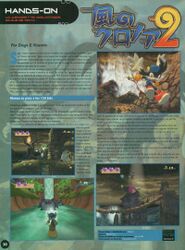 Mostly focused on the included demo of the previous game, though it also includes a screenshot from Lunatea's Veil 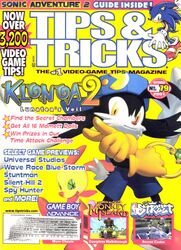 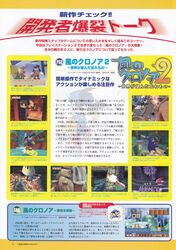 Explanation of various features (along with a brief preview of Klonoa: Empire of Dreams) 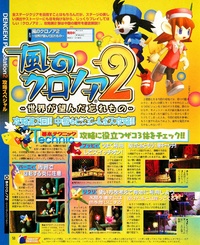 Guide to portions of the game 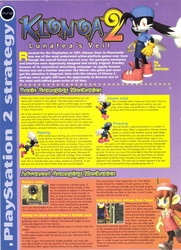 Guide to every level 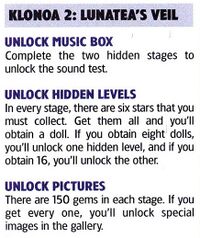 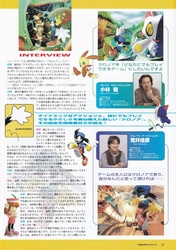 Tsuyoshi Kobayashi discusses the game & the series as a whole 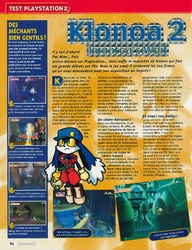 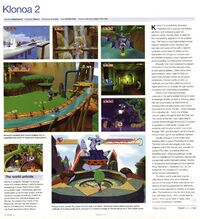 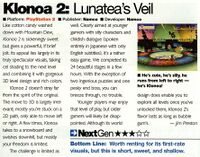 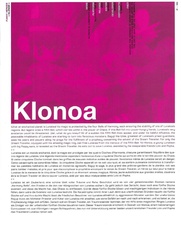 Excerpt from a book (containing a plot synopsis and pictures, including some from the game's predecessor)